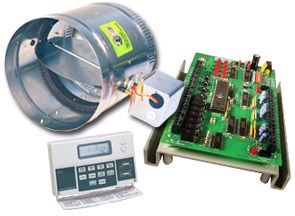 Established in 1952, Duro Dyne Corporation has evolved into the leading manufacturer of sheet metal accessories and equipment for the heating, ventilating, and air conditioning industry. Over the span of the last 60+ years, Duro Dyne has expanded its plant locations and now employs over 200 people.

Duro Dyne's extensive research and development program has introduced more new products and processes than any other company in our field. Such things as Flexible Duct Connector, as we know it today, as well as Vane Rail and Blade Kits for multi-blade dampers were originally developed and patented by Duro Dyne Corporation. Other products that have now become standards in the sheet metal fabrication field were developed by Duro Dyne Corporation as well. In the fastening field Duro Dyne introduced the concept of self-drilling sheet metal screws.

Technical Service can also be reached via email at techserv@durodyne.com . Any emails received between 7:00 am and 7:00 pm EST will be emailed or called back within 15-20 minutes.